U.S. Consumers expect modern bill payment options that are as convenient and frictionless as making an Amazon purchase or paying a friend with Venmo.

SANTA CLARA, Calif., June 28, 2021– PayNearMe, the modern and reliable payments platform known for making payments easy for both businesses and customers, today released a bill payment study titled, “How Consumers Pay Bills: Expectations vs. Reality.” The study, based on an April 2021 online survey of 2,676 U.S. consumers aged 18 and older, revealed they struggle with the cumbersome bill pay process and desire faster, easier bill payment experiences that are more in line with how they pay for goods and services in other facets of life.

“Payment innovation in the ecommerce space has upped the ante for bill pay. Today’s e-commerce experiences are fast, easy and frictionless. For example, with technologies like facial recognition, consumers never have to login or remember a password to make a payment,” said Anne Hay, head of PayNearMe’s consumer research initiative. “Consumers expect a similar experience for all their payments, including bill payments.”

“Too many consumers are struggling with the cumbersome bill pay experience and it’s stressing them out. Paying bills doesn’t have to be so hard,” she continued.

Nearly 1 in 3 adults (29%) say paying bills causes them stress and anxiety. “One might think the main stressor in bill payment is not having enough money in the bank, but lack of funds is not the issue for the large majority of consumers (70%),” Hay said. “A poor bill pay experience is the main culprit, with nearly half of consumers (44%) saying they wish managing and paying bills was easier.”

One-quarter of U.S. consumers polled (25%) feel disorganized when trying to manage and pay their bills, leading to late and missed payments. More than half of adults (51%) paid at least one bill late during the past 12 months.

“Not knowing when their bills are due is also an issue for most adults,” Hay said. “More than 1 in 5 adults (21%) give themselves either a poor “D” or failing grade “F” when it comes to remembering bill due dates. Even more – 41% of the respondents – say keeping track of due dates makes paying bills hard. That means tens of millions of adults are struggling to keep track of when their bills are due.”

Part of the disorganization problem is lack of bill pay information at their fingertips. Consumers want current and recent billing information easily accessible across multiple channels such as their online payment portals, apps and digital wallets.

“If given the opportunity, 42% of consumers would be likely or very likely to use their digital wallet to store, view and pay their bills from a single place,” Hay said.

Consumers also want more mobile-friendly options for how and when they pay their bills. For example, nearly half of U.S. consumers (43%) say the convenience of using PayPal to pay bills is important or very important, and 38% say if they had the option, they would be likely or very likely to use Apple Pay or Google Pay to pay bills.

Consumers aged 18-44 are expected to lead adoption of new mobile payment options. If available, 48% of them are likely or very likely to use Apple Pay and Google Pay to pay their bill, with 40% saying it’s important or very important to have this option.

Additionally QR codes are making their way to bill pay. If given the opportunity, 33% of consumers would be likely or very likely to pay their bills by scanning a QR code on their mobile devices.

“The bar has been raised for bill pay. Consumers now expect a bill payment experience that is as convenient and frictionless as making an Amazon purchase or paying a friend with Venmo.” Hay said. “There is great opportunity and urgency for businesses to step up and improve the payment experience for their customers with modern bill payment options.

PayNearMe today processes a variety of payment types including cards, ACH, Apple Pay and Google Pay, and has enabled cash payments through our proprietary cash network since 2009. PayNearMe cash payments are accepted at more than 31,000 retail locations in the U.S. including participating 7-Eleven®, Walmart®, Family Dollar®, Casey’s General Stores®, and ACE Cash Express®, among others.

Thousands of businesses partner with PayNearMe to manage the end-to-end customer payment experience in industries such as Consumer Finance, Property Management, Insurance, Utility and Municipality, and iGaming and Sports Betting. 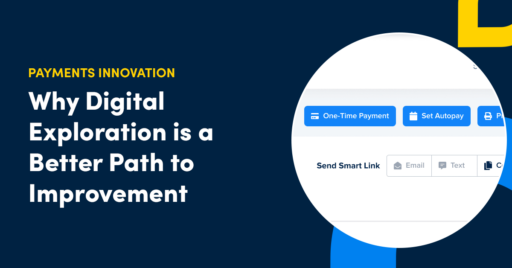 Why Digital Exploration—Not Transformation—Is a Better Path to Improvement 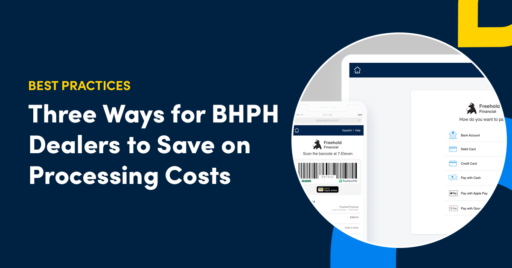 Beyond Interchange: Three Ways for BHPH Dealers to Save on Processing Costs